Tulsa's history is filled with notable stories from equally notable characters, heroes and villains alike. However, it also boasts such national treasures as one of the highest concentrations of Art Deco architectural masterpieces in the country and the longest stretch of fabled Route 66 in any state.

Conceived and championed by Tulsan Cyrus Avery, Route 66 was one of the original highways within the U.S. Highway System. It’s economic and cultural impact on America can’t be overstated. Connecting Chicago to Los Angeles, traversing seven states, it’s often called the “Main Street of America” or the “Mother Road.”

Second only to Miami, Florida, in terms of volume of Art Deco buildings, Tulsa’s skyline and residential areas are home to an impressive collection of office buildings, hotels, churches, and houses featuring this undeniably creative architecture.

The Philtower is an iconic Art Deco skyscraper built in 1928 by Edward Delk. Completed in 1931, the Philcade Building features the Art Deco zigzag style and was designed by Leon Senter. The recently renovated Tulsa Club building — now a boutique hotel — was designed by a then 21-year-old, a prodigious architect named Bruce Goff, a contemporary and friend of Frank Lloyd Wright.

The Greenwood Historical District, once known as Black Wall Street, was an affluent African-American community with a variety of thriving businesses, two newspapers, churches, expensive homes, and well-known physicians, lawyers, realtors, and other professionals.

Most of the area was destroyed during the infamous 1921 Tulsa Race Massacre. Five years later, residents rebuilt this neighborhood, which eventually became a hotbed for jazz and blues music. 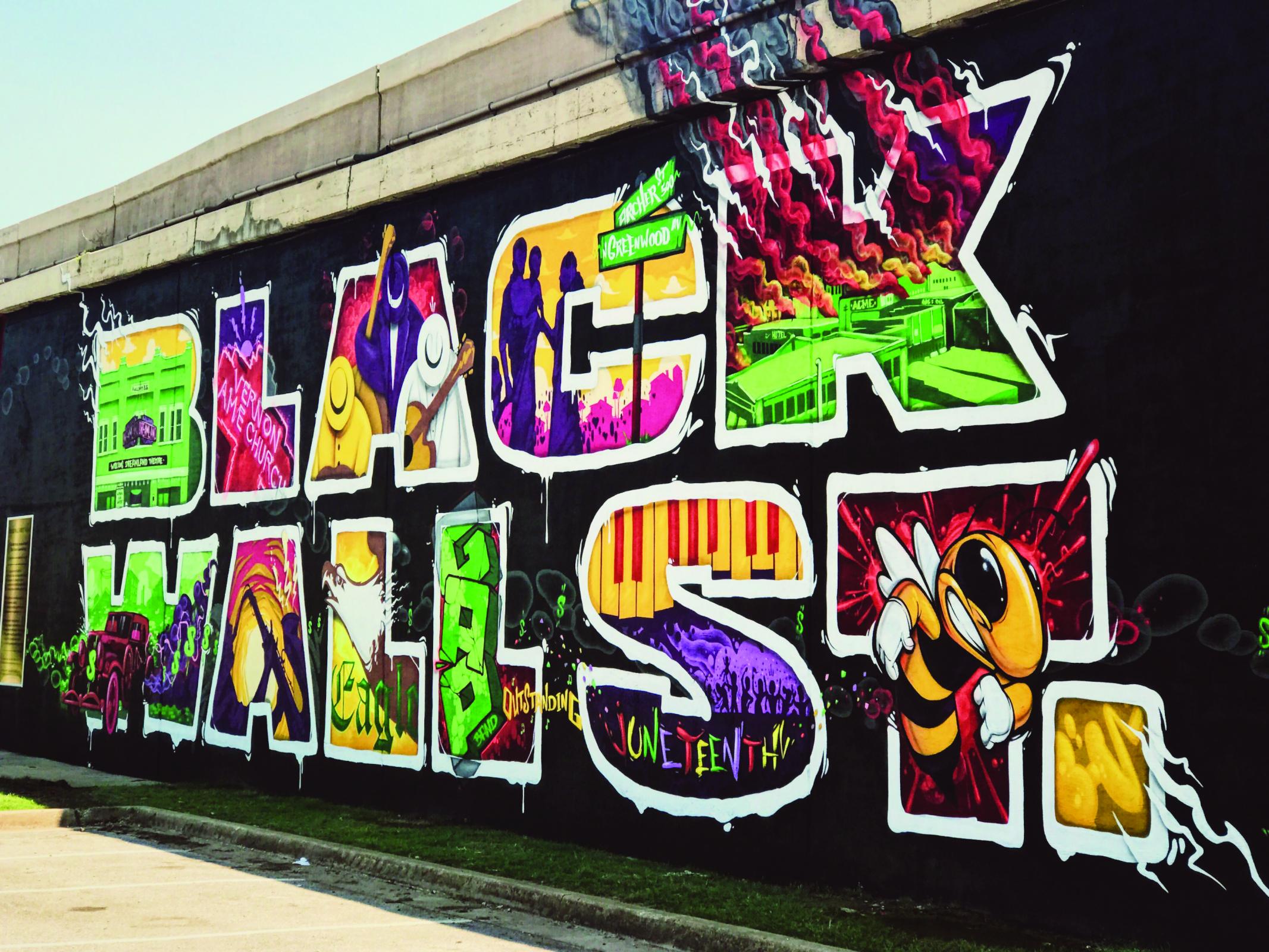