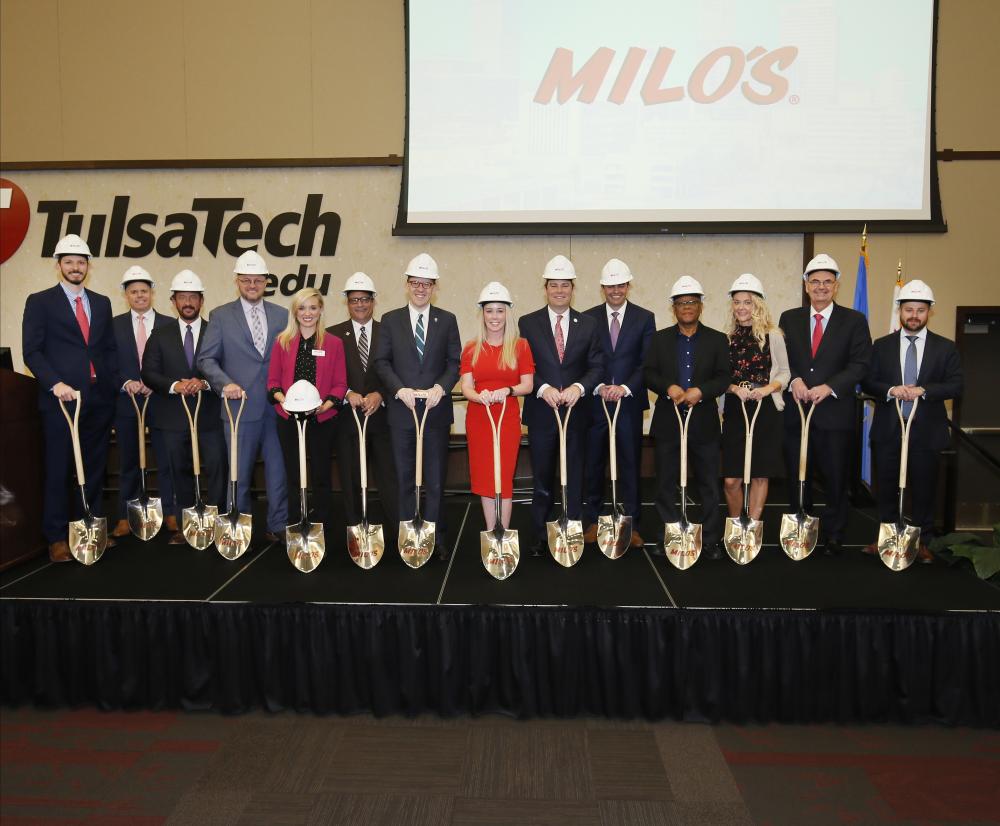 Officials at a news conference Wednesday, May 1, heralded the arrival of Alabama-based Milo’s Tea Co., which is spending $60 million to build a production facility in an extension of the park just east of the Macy’s Fulfillment Center in Owasso.

The 108,000-square-foot center, which will create 110 jobs, marks the first out-of-state expansion for the family-owned beverage maker. The facility is scheduled to open in September 2020.

Organizers scrapped a scheduled groundbreaking at the site and moved the news conference indoors to Tulsa Tech-Owasso.

“When we came here, it was very obvious that this was a very family-centric, very philanthropic community and that was very attractive to us,” Milo’s CEO Patricia Wallwork said. “We also saw that our associates would have an amazing standard of living here. Then, we learned about the wonderful music culture and all the food. We knew that this was going to be a great fit.”

Beyond the 110 direct jobs, Milo’s will provide a total economic impact of an additional 177 indirect jobs in the community, according to the Tulsa Regional Chamber. Combined, those jobs will generate $16.4 million in earned annual income.

During the construction phase, the company’s capital investment will support an additional $35.5 million in income earned by construction and supply vendors, the chamber estimates.

“This is what it looks like when we work as a region to compete to bring the best companies in the world to the Tulsa region,” Tulsa Mayor G.T. Bynum said.

“We represent better-for-you beverages that are made with real ingredients that all of you have in your kitchens,” Wallwork said. “We never add preservatives. That is who we are.”

Milo’s spent about three years researching sites before deciding on the Tulsa area.

“Setting aside the economic impact that they are going to have and the employment difference that they are going to make,” Bynum said, “to have a company with this kind of corporate culture deciding that, of anywhere in the world that they can invest, they want to invest in the Tulsa region says a lot about the direction we’re heading and the quality of company they are.”

Milo’s news comes only six months after Whirlpool Corp., another Cherokee Park tenant, broke ground on a $55 million expansion that will add 150 jobs.

When CIP later was extended east from Lakewood Avenue and the Owasso Land Trust (OLT) combined parcels with the Zarrow family, a national retailer took advantage of the opportunity. Macy’s purchased 72 acres from the OLT in 2014, and about a year later, the company opened a 1.3 million-square-foot distribution center that has created 1,089 full-time jobs. 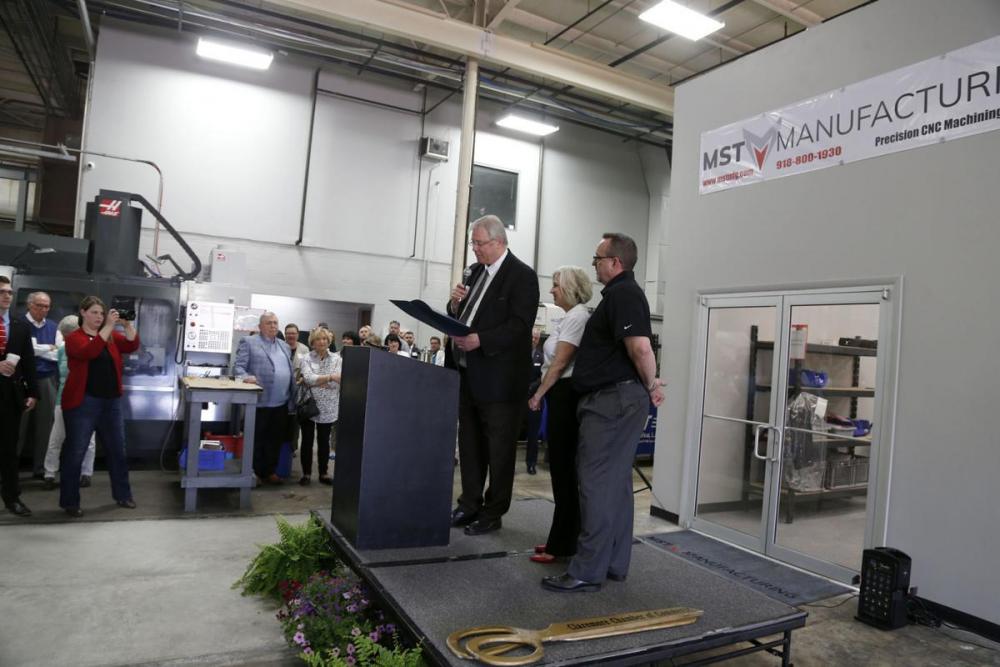 Apr 15 2019
Local, area and state leaders celebrated the dedication of an MST Manufacturing building at a ceremony Friday. The new business adds 100 quality jobs and a capital investment of at least $5 million. MST Manufacturing is owned by Kenneth Statton, who founded his first machine shop with his father more than ...Continue Reading 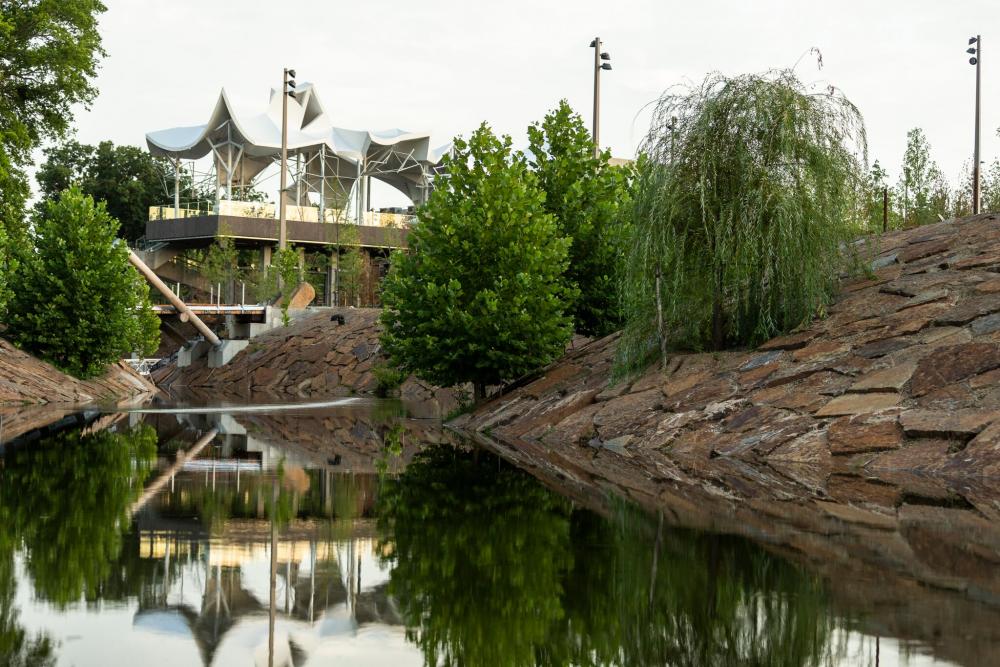 Jan 18 2019
USA Today announced the Gathering Place as the winner of their 10Best Readers' Choice Awards for Best New Attraction in the nation this week. “We at the Tulsa Regional Chamber congratulate the George Kaiser Family Foundation and all involved in making Gathering Place a reality for being named Best New Attractio...Continue Reading
Add to Report View Custom Report