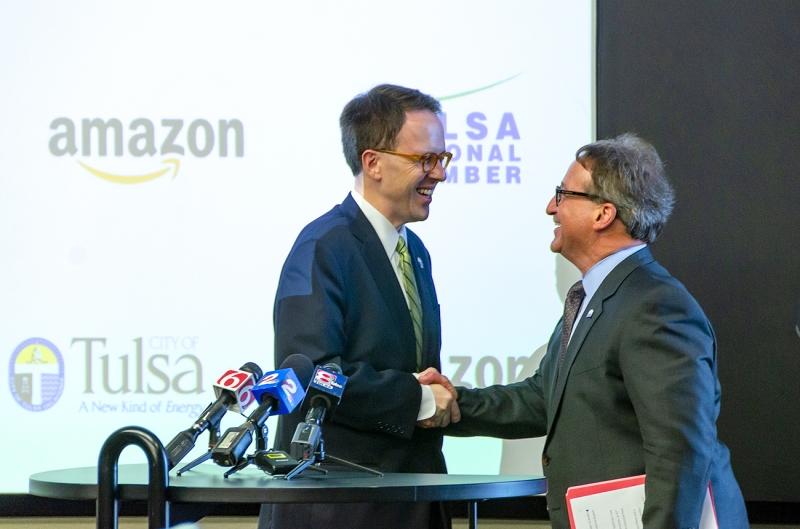 Amazon recently announced plans to build a more than 600,000-square-foot fulfillment center near Tulsa International Airport. The company will invest an estimated $130 million for this state-of-the-art facility, which will employ around 1,500 people with an annual payroll of roughly $50 million.

“We at the Tulsa Regional Chamber are absolutely thrilled that this Amazon order fulfillment center brings with it 1,500 quality, full-time jobs with benefits and professional development, not to mention the significant capital investment in our region,” said Chamber President and CEO Mike Neal. “The fact that this fulfillment center will feature the latest in automation aligns perfectly with the goal of attracting more new economy, technology-based jobs to our region. This is another great success story made possible by the Chamber-led Tulsa’s Future regional economic development program.”

“The Tulsa Regional Chamber has forged strong partnerships with the City of Tulsa, the Cherokee Nation, the Muscogee (Creek) Nation, Tulsa Tech, Oklahoma Governor Mary Fallin, the Oklahoma Department of Commerce and the Oklahoma Department of Transportation,” Neal said. “Those relationships make projects like this possible, which greatly benefits all of us in the region and the state.”

Support from Oklahoma’s Department of Commerce was instrumental to bringing this project and the recently announced Oklahoma City fulfillment center to Oklahoma. The Tulsa project is being developed by Seefried Industrial Properties.

“We are excited to bring a second fulfillment center to Oklahoma and work alongside the state’s incredible workforce,” said Mark Stewart, Amazon’s Vice President of North America Customer Fulfillment. “Support from local leaders has been instrumental in our ability to come to Oklahoma, and we are grateful for their collaboration to bring thousands of new jobs with benefits starting on day one.”

“I am incredibly thankful for Amazon’s decision to build a world-class facility in our city and to employ so many Tulsans. Amazon is changing the world and in Tulsa we look forward to being part of their team,” said Tulsa Mayor G.T. Bynum. “This is the largest new employer announcement in Tulsa history. Our team at the City worked tirelessly with Amazon to ensure Tulsa was selected for this opportunity. We know Amazon could have selected any number of other cities and appreciate Amazon’s recognition of Tulsa as a city where they want to grow.” 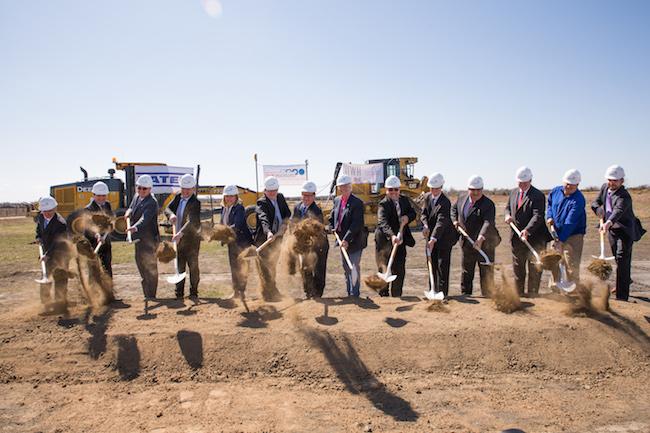 Mar 23 2018
Sofidel Group, an Italian manufacturer of tissue paper, announced Friday a $360 million capital investment in Inola. The project will include the construction of a new facility that will support 300 jobs in the Rogers County community. “Sofidel will build here a new, modern integrated plant to serve the south-central an...Continue Reading 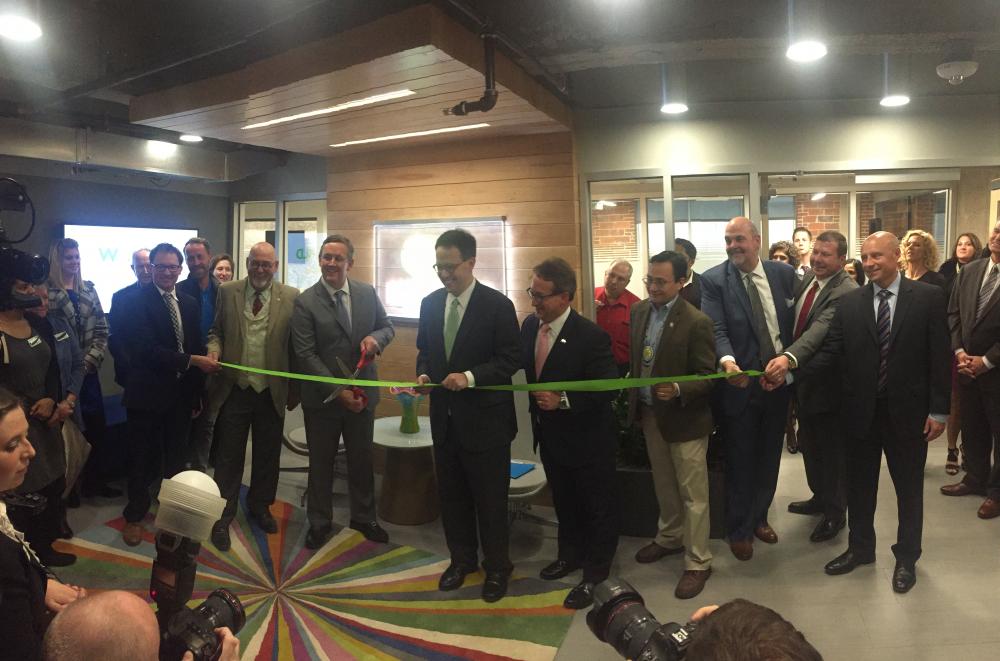 Jan 24 2018
Ingredion officially opened their downtown Tulsa shared service center in December. The opening followed an aggressive 120-day plan that — with the help of Tulsa’s Future — identified and hired about 60 high-quality employees. The hiring schedule was accomplished all while renovating space their new employees began filling in November. Their succes...Continue Reading 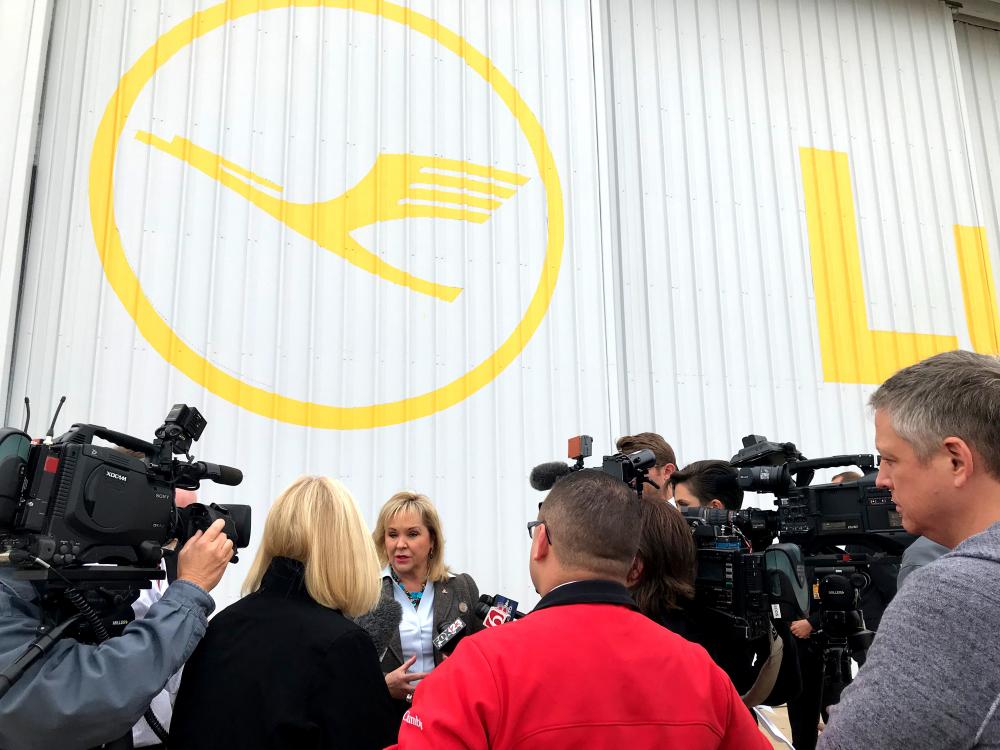 Nov 16 2017
Lufthansa Technik Component Services celebrated their expansion to a new hangar with technical investments that are planned to bring new jobs to Tulsa at a recent ribbon cutting. The event hosted Gov. Mary Fallin, Mayor G.T. Bynum and German dignitaries as they cut the ribbon and officially opened the expansion. The Tulsa operatio...Continue Reading
Add to Report View Custom Report